I lost several vintage Johnson rigs in the aftermath of the house fire that briefly killed me in 2005. Much of the gear was rescued from the house fire, while nearly everything else I owned was pretty much gone. Unfortunately, that gear disappeared in 2006 – several months later.

Sadly, I suspect a fellow ham was responsible, but I’ll probably never know the truth unless someone confesses. I do have pictures of much of the gear that was stolen, but many of those photos are buried on off-site backups, or backups of a laptop that was not at the house when the fire occurred. Bit by bit, I’m finding those images and will be posting them on the website on a page that will collect all the information about the stolen gear. However, as the information comes to light piecemeal, I’ll post it in this blog.

Here’s an image of the Johnson Ranger that was stolen. It was given to me by a member of the Rockland Repeater Association. Possibly WB2KSP or his son. I’m still tracking that down. However, the image is how the transmitter appeared at the time it was stolen. 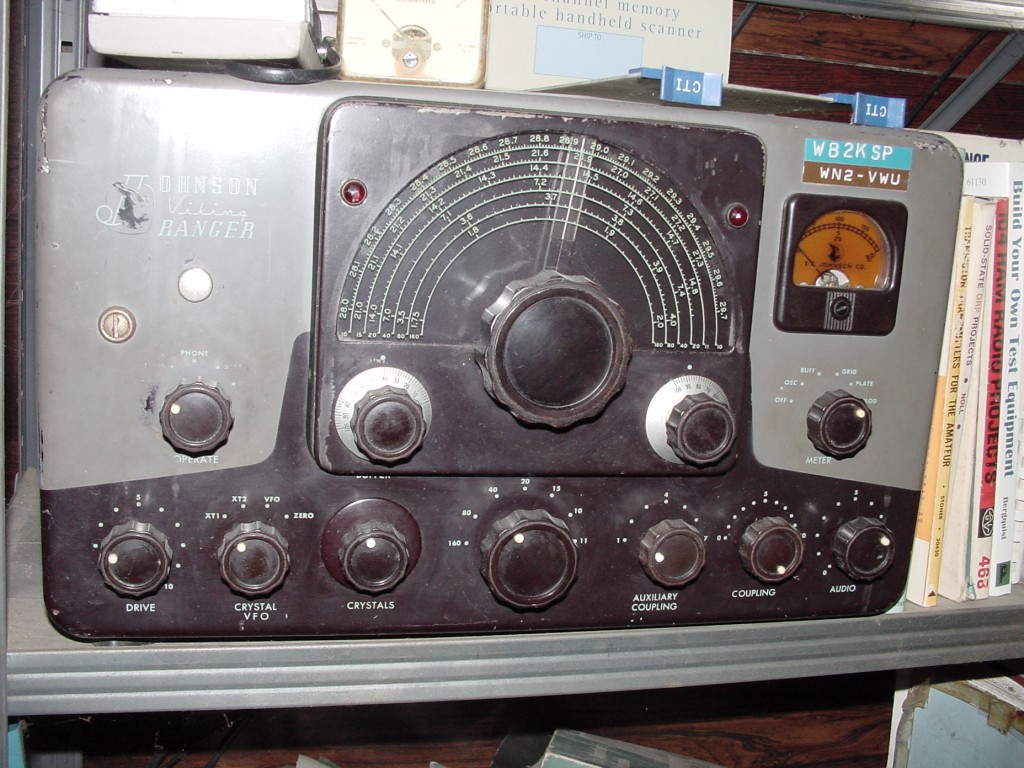 Johnson Ranger Stolen from WA2IAC in 2006

It’s been about 6 years now, and I’ve pretty much given up hope of getting this rig and the others back, but if you have information about this rig or its whereabouts, please let me know.

Of interest, atop the rig is a Lafayette CB Walkie-Talkie. To the right is a meter which I believe is the stock meter used in the Heathkit DX-60B. I didn’t like the way my DX-60B looked, so I restyled it, and that included swapping in a cooler looking meter. To the right of the meter is a card from a DEC PDP-11/70 (Q-Bus). To the right of the rig are some awesome books, mostly QRP related. Those are gone too. At the lower right is a blue book with yellowed cellophane tape on it. That’s a 1934 ARRL Handbook. A sliver of a 1978 edition of the same is also visible at the bottom.